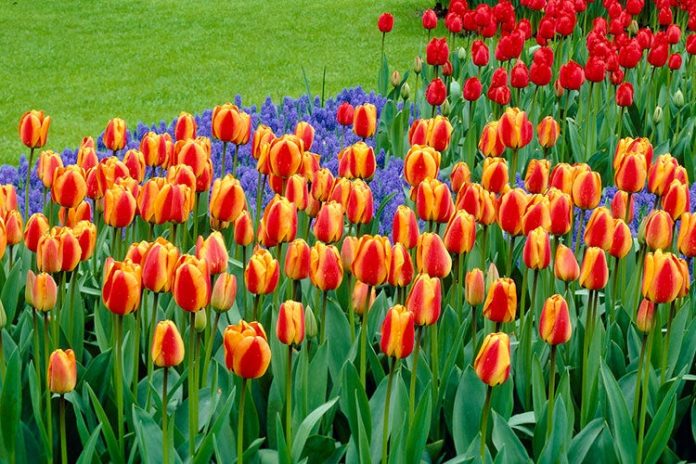 Wile May has the major holiday of Memorial Day, many large events such as parades have already been canceled due to the covid-19 pandemic. Those with mothers not living in the same household will find Mothers’ Day quite different this year, especially distressing for the elderly living alone or in a nursing home. Using FaceTime, Zoom, Skype or other on-line communication will have to suffice, though certainly not as rewarding as having a home celebration or taking Mom out to dinner.
The family gatherings and picnics usually increasing with warmer weather are placed on hold. Memorial Day will likely be an economic bust as the opening of the tourist season is stalled. Limitations on large events such as church services, parades, sporting events, and arts and music festivals is uncertain as it comes closer to summer, with many large events already postponed or canceled.

May Holidays and Observances

There are certainly problems on the horizon for availability and great price increases of some foods. Large meat processing plants have closed in South Dakota and Iowa. Higher prices limited availability will almost certainly follow.
Fruit and vegetable growers and processors almost overnight lost large customers as schools, universities and restaurants closed down. There is increased concerns about “social distancing” among field workers and processors, many of whom are marginally employed, and many Mexicans, often legally undocumented. Growers in some areas have been forced to leave crops unpicked in the fields to rot. Many dairy farmers have had to dump milk.
At some point as restaurants re-open, and hopefully schools and universities resume in the fall, there will be a pent up demand for fresh produce and dairy products. Perhaps we should have a repeat of encouraging “victory gardens” as occurred during World War II.
While large gatherings and traditional holiday events are impossible at the present time, the seasons continue to change on schedule. Warmer, more pleasant weather, the arrival of summer bird residents, the increasing green of trees leafing out and colorful flowers blooming continues. The crocuses and daffodils and tulips of April lead to blooming of later tulips, bleeding hearts, and later in May, Iris and peonies.
Lilac trees are budding and bloom their fragrant white, pink and purple flowers later in the month. They are joined by the white and pink blooms of various fruit trees like apple, pear, peach, and cherry and
As the weather improves, and “non-essential” workers have more time at home, and potential serious problems with food distribution, now is the time for everyone who can to plant a garden, however small. Early May is time to plant greens and root crops if not done in April. Towards the end of the month, after threat of frost, most gardeners plant tomatoes and peppers from seedlings either started at home in March or bought at one of many local nurseries and gardening centers. As the soil warms, pole and bush beans and varieties of squash can be started from seed. It seems that many have taken this advice, as there has been a run on seeds, and some seed companies have already suspended new orders due to hight demand.
With the uncertainty of the current situation, be safe. Even if stuck at home, take time to enjoy the warmer weather, the arrival of summer bird residents, and the annual transition from the browns of early spring to green landscape of trees, joined by the colorful blooms during May, the month of the Full Flower Moon.

Venus remains very bright early in the month as an evening star, setting after 11 P.M., but sets earlier every night. It is joined by Mercury in a conjunction low on the western horizon just after sunset on the 21st. On the 23rd, these two planets are joined by a Crescent Moon for a triple conjunction. On the 12th, the Moon is seen near Saturn and Jupiter, while on the 15th, the Moon is below Mars, increasing in brightness as the month progresses.

Moon Phases for May

Rising / Setting of Sun, Moon and Visible Planets on May 1, The Cross Quarter Day of Beltaine