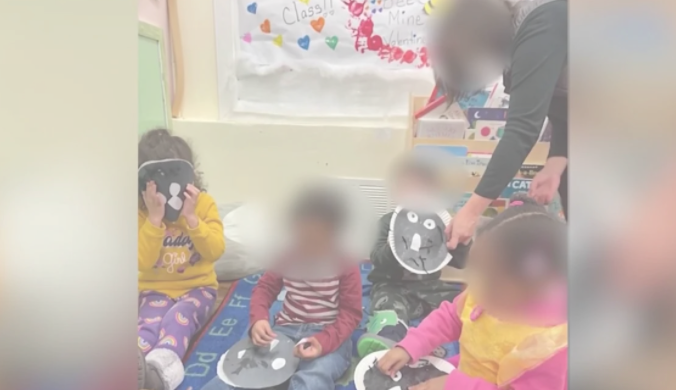 The incident took place at IC Kids, a Montessori school in Newton, Massachusetts, came to light after a parent Nadira Price, learned about what happened while picking up her children. She reportedly expressed her concerns to the school.

IC Kids posted an apology on Facebook. However, the posting got heavy criticism. Since then, the school’s social media account appears to have been deactivated, according to NBC10 Boston.

“This is unacceptable and don’t really understand the concept of this project,” Pierce told the news station after posting her complaints with the incident on social media.

“The apology received was empty and then to go onto Facebook and see that apology was disheartening. I hope this is a lesson to possibly really prepare to do projects on cultures before doing them to avoid a hurtful gesture to a group of people.”

IC Kids wrote a statement regarding the “black Mask/blackface instance” and posted it on one of the institution’s windows. The statement stated that the daycare and preschool is now closed until further notice due to concerns about possible protests.

“To celebrate ‘black history month’, a teacher in toddler classroom at ICKids planned and carried out an activity that involved black masks ‘blackface.’ One of the parents brought it to our attention and was offended; The teacher apologized to the parent,” the statement read.

The statement addressed the previous Facebook apology, and confirm that the teacher responsible for the “planned and executed activity” had been “released from her employment.”

“While wording of Facebook apology was not the best statement, we were trying to send a message to say that research for toddler curriculum was not executed or completed in the manner that It should have been, so we apologize to every and anyone this may have offended,” the statement continued.