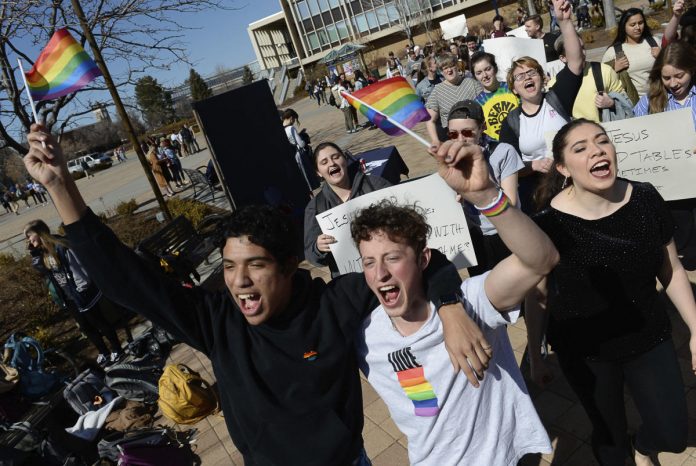 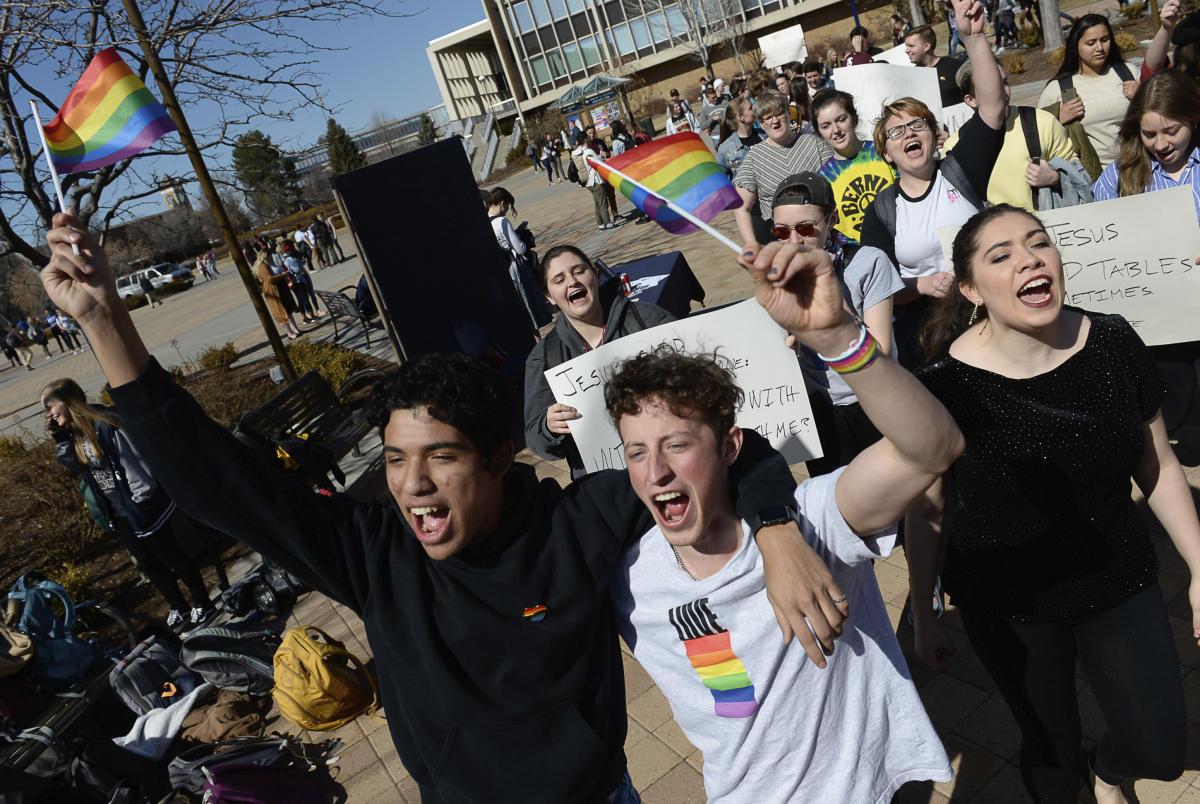 SALT LAKE CITY (AP) — The U.S. Department of Education has opened a civil-rights investigation into how LGBTQ students are disciplined at Brigham Young University, a private religious school.

The complaint under investigation came after the school said it would still enforce a ban on same-sex dating even after that section was removed from the written version of the school’s honor code, the Salt Lake Tribune reported. Students can be punished for holding hands or kissing someone of the same sex, harsher discipline than that faced by heterosexual couples at the school operated by The Church of Jesus Christ of Latter-day Saints.

BYU removed its written ban on “homosexual behavior,” in early 2020, prompting students to publicly come out as members of the LGBTQ community. But the school clarified a few weeks later that same-sex dating is still prohibited, even if it’s no longer expressly written in the honor code. It also bans things such as alcohol consumption, beards and piercings.

Students protested the apparent reversal, saying they felt tricked into coming out. The federal investigation from the department’s Office for Civil Rights started late last year under Title IX, the law that protects against discrimination on the basis of sex in schools.

A university spokeswoman acknowledged the investigation but said in a statement that BYU is within its rights to enforce the church’s policies against same-sex relationships and does not anticipate any further action.

“BYU is exempt from application of Title IX rules that conflict with the religious tenets of The Church of Jesus Christ of Latter-day Saints,” Carri Jenkins said in a statement.

The church has softened its approach in recent years but maintains doctrinal opposition to same-sex marriage and sex outside of marriage.

A Department of Education spokesperson confirmed an investigation was opened in October, but declined to comment further. As a private religious school, BYU does have religious exemptions from Title IX related to sexuality and gender expression.

Federal scrutiny like this is rare at church-owned schools, and typically happens only in places where there are believed to be potential systemic or serious issues, said Michael Austin, a BYU graduate and vice president at the University of Evansville, a private Methodist school in Indiana.

“It’s really significant that investigators are stepping in now,” he told the newspaper. The new investigation appears to be about whether those exemptions allow faith-based discipline for LGBTQ students even if the behavior is not directly related to education or expressly prohibited in its written honor code.

The school’s president argued those exemptions do apply, and everyone who attends or works at BYU agrees to follow the honor code and “‘voluntarily commit to conduct their lives in accordance with the principles of the gospel of Jesus Christ,’” according to a letter Kevin Worthen wrote to the Department of Education in November 2021.

In a response obtained by the Tribune, the Department of Education’s Office for Civil Rights affirmed the school does have some religious exemptions but the department had to investigate whether the complaint it received falls under those exemptions.

LGBTQ rights have been a major issue in recent years at the school located in Provo, Utah. A lawsuit filed by several students last year alleges discrimination, with one recent graduate who is a lesbian alleging she lost her job at the school because she didn’t look “feminine enough” to her boss.

The institution has also banned protests near its large letter “Y” posted on a mountainside after protesters lit the letter with rainbow colors. Last fall, a top-ranking church leader publicly criticized faculty members and students who challenge the faith’s teachings on same-sex marriage.