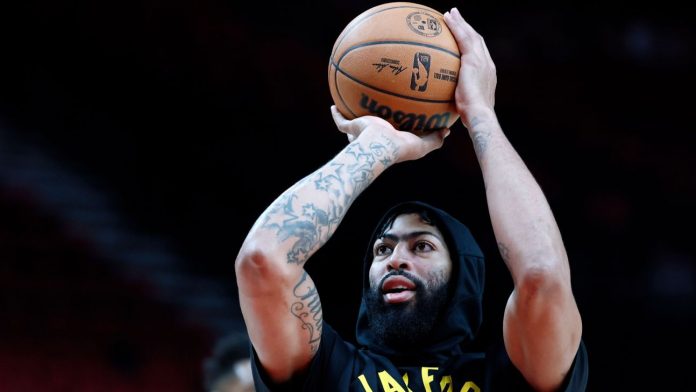 Anthony Davis, out for the past five weeks with a sprained MCL in his left knee, will not play in Sunday’s game against the Miami Heat, coach Frank Vogel said.

On Saturday, Davis was upgraded to questionable was considered a game-time decision.

Sunday will be the 17th game Davis has missed since the Minnesota Timberwolves‘ Jaden McDaniels collided with the Lakers All-Star’s knee.

Davis has used the rehabilitation to work on not only his knee but his shot mechanics as well, sources told ESPN.

Davis had been eyeing the Lakers’ six-game road trip to return, as ESPN reported last week, and his presence could certainly help his team that has absorbed reports about Frank Vogel’s job security and Russell Westbrook‘s role in his absence.