Klay a late scratch for Warriors due to sore knee 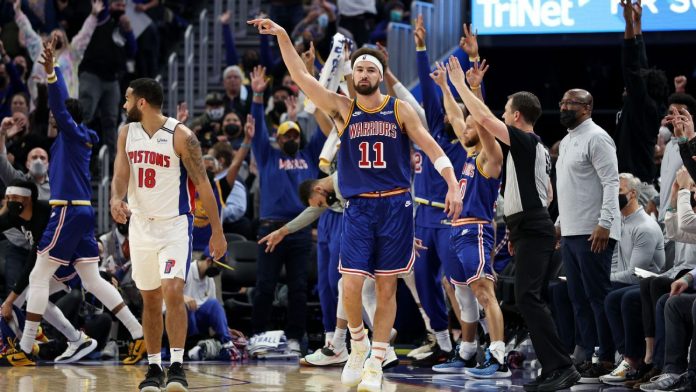 SAN FRANCISCO — Klay Thompson was a late scratch for the Golden State Warriors‘ Sunday night game against the Utah Jazz after experiencing soreness in his left knee.

Thompson had the knee surgically repaired in July 2019 after tearing his ACL in Game 6 of the NBA Finals that year.

According to Kerr, the original plan was to play Thompson. But during the team’s walk-through, Rick Celebrini, the Warriors’ director of sports medicine, informed Kerr that Thompson was feeling some discomfort in the left knee and should be held out.