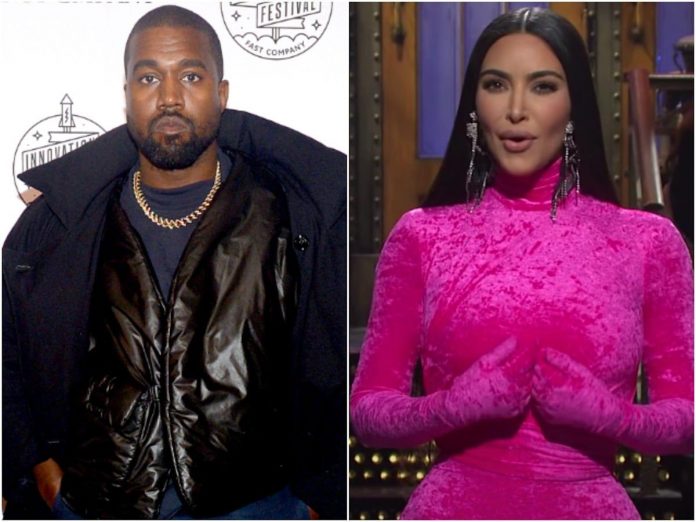 Ye (formerly known as Kanye West) was the featured guest on the rapper N.O.R.E. & DJ EFN’s “Drink Champs” podcast Thursday, during which he criticized “Saturday Night Live” for scripting jokes about his divorce during Kim Kardashian’s monologue on the sketch show.

“SNL making my wife say ‘I divorced him’ because they just wanted to get that bar off, and I ain’t never even seen the papers, we’re not even divorced,” Ye told the podcast.

“That ain’t no joke to me. My kids want their parents to stay together. I want us to be together.”

The 44-year-old rapper later added that he believes the media are invested in trying to portray friction between Kim Kardashian and himself.

“They want it to be a new wedding, a new episode, a new TV show. Then they have people all around and my wife here, you know, this publicist that’s next to her – I don’t fuck with her,” he said.

Kim Kardashian West filed for divorce from Ye in February 2021 after seven years of marriage. A rep for the reality TV star confirmed the news to Insider after rumors of the divorce filing were reported by TMZ.

The couple married in May 2014 in a ceremony in Italy, and have four children together – North, 7; Saint, 5; Chicago, 2; and Psalm, 1. According to sources quoted by TMZ, the couple are planning on pursuing a joint custody agreement for their four children. Kardashian West was the one who reportedly requested the arrangement.

During her monologue on “SNL” earlier this month, Kim Kardashian West praised Ye as the “best rapper of all time” before talking about their current divorce proceedings.

“He’s the richest Black man in America. A talented, legit genius who gave me four incredible kids,” she said. “So, when I divorced him, you have to know it came down to just one thing. His personality,” Kardashian said.