July Almanac for the Mohawk Valley 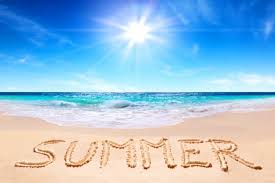 July has one of our most important and popular holidays, Independence Day, most commonly called the Fourth of July. It is widely celebrated with parades and fireworks in many cities and towns. Barbecues, boating and camping are all very popular activities over the holiday weekend and throughout the month.

Holidays and Observances for July

July is usually the hottest month of the year, often with several days near or above 90°F. Three consecutive days of 90°F or higher are called a formal heat wave. Such hot days, often with high humidity, are often followed by a cold front, leading to extreme weather of heavy rains, strong winds, hail and increasingly, tornadoes. These storms, occasionally with over two inches of rain within a day or two, are increasingly common over recent decades.

Close observation of local trends in weather over a period of time lead to a nearly inescapable conclusion that global warming, or rapid climate change, is indeed a reality in the greater Mohawk Valley. That our current anti-science President continues to call global warming a fraud or hoax is a national disgrace and an international disaster. It is very likely that this will be a major issue in the Presidential campaign of 2020, which, very unfortunately, already seems to be in full throttle overdrive seventeen months prior to the election. This compares with election campaigns in many countries that last about sixty to ninety days.

Be that as it may, July is a warm to hot month that is mostly enjoyed in an area where the winters are relatively cold and snowy. People in the Mohawk Valley enjoy the outdoors, whether it is for physical activity and outdoor sports, like the internationally known Boilermaker Road Race or swimming and water sports at the many lakes in the Finger Lakes or Adirondacks. July is a major month for many arts and music festivals across the region, some of the more popular ones are listed here.

Munson Williams Proctor Institute starts the month off with the popular annual sidewalk art show and car show with several days of live music. This is followed by the Boilermaker on July 14, the largest regional summer festival. Several thousand runners, including world class runners from around the world, compete in a difficult fifteen kilometer road race. Many of the local runners have been seen in training on area roadways and parks since the warmer weather began in April.

The Bavarian Festival at the German Maennechor in Marcy provides popular German folk music and food later in the month. The Great Irish-American Festival at the Herkimer County Fair Grounds in Frankfort has many bands performing a variety of traditional and more modern Celtic music. Get out and enjoy the nice weather and attend one or more of these regional festivals of summer.

Home gardeners begin to enjoy in July the many fruits and vegetables that are grown locally, including various greens, berries, and early beans and tomatoes. Those without a garden can find wide varieties of locally grown produce at many farmer’s markets held across the region including on the village green in Clinton on Thursdays and at Union Station in Bagg’s Square, Utica on Saturdays.

A solar eclipse occurs on July 2, but not seen in North America, though visible in Chile and Argentina. Mercury and Mars are in conjunction with the thin Crescent Moon in the western early evening sky on July 3. On July 4th, Earth is at aphelion, the farthest it gets from the Sun during the year. Saturn, in opposition, rises around sunset to the left of Saggitarius, and is highest in the sky about 1 A.M. A conjunction of Saturn with the Moon is on July 15.  Jupiter is relatively high in the southeast at sunset, and is the brightest “star” in the sky. Mars sets around sunset and is not seen by the end of month.