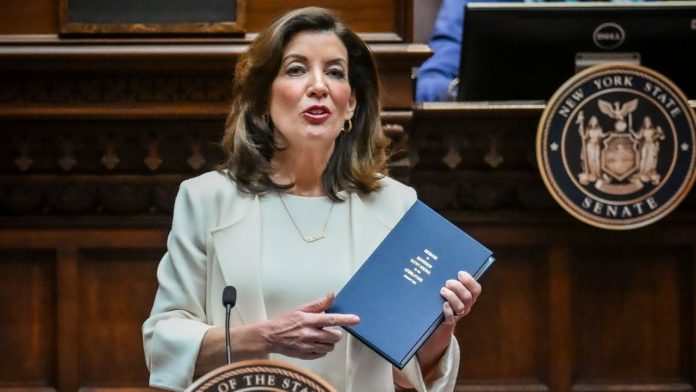 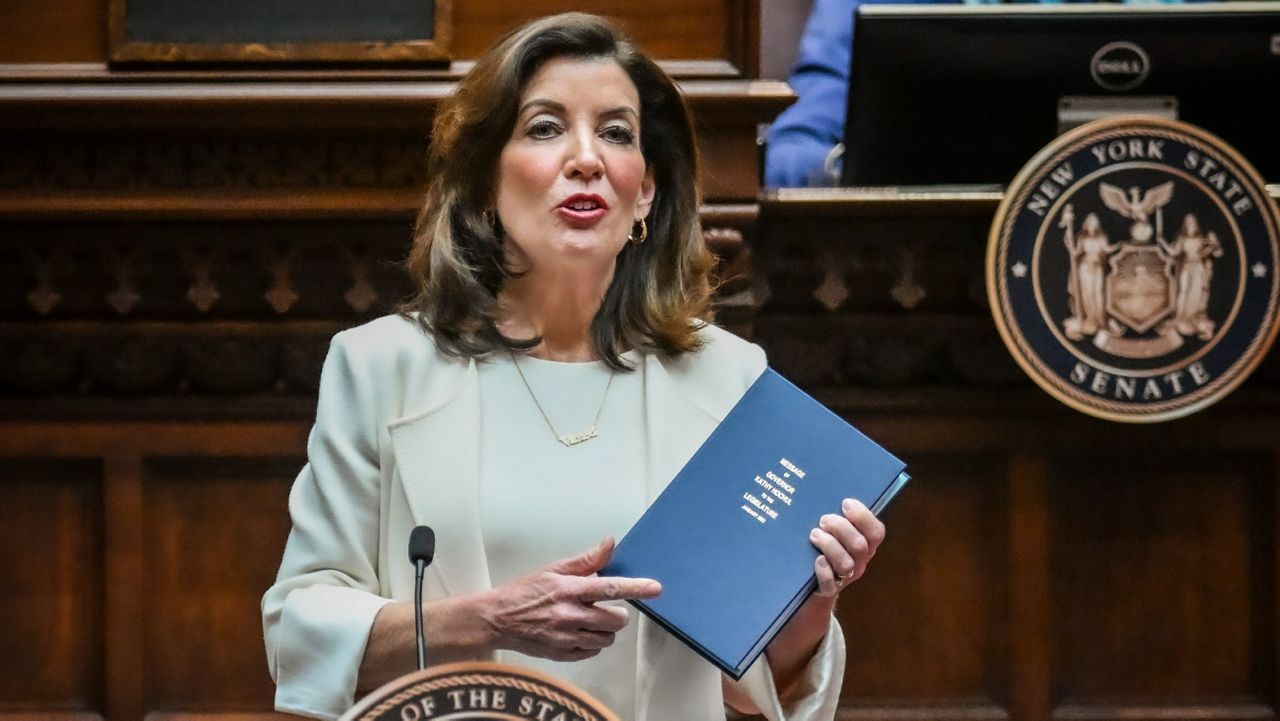 She proposed $2 billion in pandemic relief funds, including $350 million for businesses as well as theater and musical arts, and $1.2 billion for bonuses for health care workers to help address the industry’s recent workforce crunch. An additional $1.6 billion may be in the cards for upgrades for health care facilities.

Hochul also used Tuesday’s latest COVID-19 numbers — 22,312 new cases in the last 24 hours, a continued decline over the last two weeks — to spotlight New York’s progress amid the winter surge as a way of looking to the future.

In that future is Hochul’s proposal to spend $31.2 billion for education aid, which is an increase of $2.1 billion. She went beyond the state’s expenses on secondary education, however, saying she wants to add $1.5 billion in SUNY and CUNY funding over the next five years, including extending the Tuition Assistance Program to part-time students and incarcerated people.

Hochul also spoke heavily about infrastructure investments, which she said will be energized by the federal infrastructure package passed by Congress last fall, and efforts to combat climate change.

The governor is also eyeing to spend $224 million on programs to reduce gun violence and $400 million on substance abuse programs.

Spending for child care would also be increased in the budget plan by $1.4 billion, under her proposal, another issue brought to the forefront by the pandemic.

Hochul’s ambitious agenda is fueled by a state currently flushed with cash, but maintained her ideas come with fiscal responsibility, vowing the budget includes only one-time expenditures or are paid for “reasonable growth” in revenue without out-year gaps.