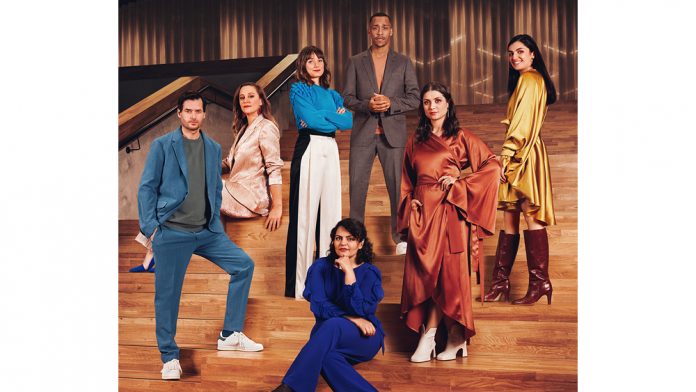 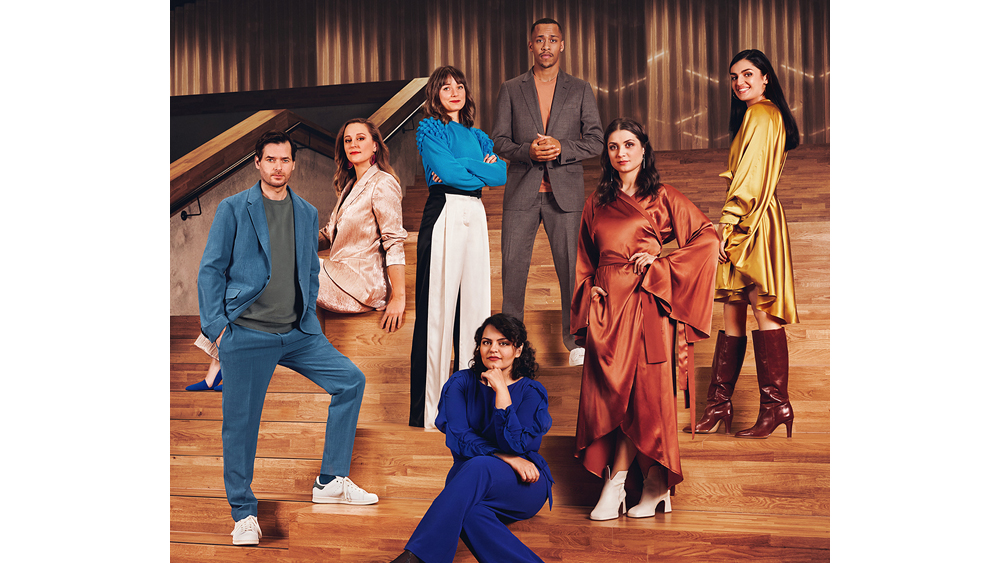 German Films, an agency that promotes German cinema worldwide, has announced the talent who will feature in its 7th annual Face to Face With German Films campaign. The high-profile platform sets out to bring international visibility to the wealth of ground-breaking talent working in film and TV in Germany, and shaping the future of the industry.

After spotlighting well-known actors, writers and directors such as Saskia Rosendahl (“Lore”), Alexander Fehling (“Inglourious Basterds,” “Homeland”), Burhan Qurbani (“Berlin Alexanderplatz”) and Jonas Nay (“Deutschland 83, 86 & 89”) in its first five years, last year’s Face to Face With German Films – The Filmmakers campaign broadened its scope to include various disciplines in order to showcase the diversity of talent across this collaborative craft.

This year, Face to Face With German Films – The Filmmakers continues with this objective, representing a cross-section of the many creative faces of German filmmaking and focusing on personalities with very different biographies, artistic approaches, influences and perspectives.

German Films managing director Simone Baumann commented: “We are delighted to honor these seven talented filmmakers as ambassadors of our 2022 Face to Face campaign. Their work addresses issues as diverse as their professional backgrounds and personal stories. They represent the drive to innovate, be inclusive and push boundaries that is appearing in film and TV in Germany.”

Documentary filmmaker and aspiring writer Sarah Noa Bozenhardt has examined socio-political issues of womanhood in her work and found a source of inspiration in the relationships and experiences she had during her upbringing in her second homeland of Addis Ababa, Ethiopia. Her credits include “Medanit” and “Heimfahrt,” and her feature documentary debut “Among Us Women” had its world premiere at DOK Leipzig in October 2021, where it received a special mention in the international competition.

Actor, producer and screenwriter Sara Fazilat has been on the rise since she was selected for the Berlinale Talents program in 2017. Her credits include “The Fox,” “Check Check,” “The Heist” and “Louise,” Cannes selection “Revolvo” and “Jiyan.” “Nico,” a film about how a racist attack changes a young woman’s life which Fazilat produced, starred in and helped write, screened at Shanghai International Film Festival and Frameline Film Festival San Francisco, amongst others, and won her several awards, including the Max Ophüls Prize (Best Young Actress). She can next be seen in Cannes Un Certain Regard winner Ali Abbasi’s latest, “Holy Spider.”

Actor and director Jerry Hoffmann got his break-out role in Burhan Qurbani’s “Shahada.” In addition to his work in film and TV, he has performed extensively onstage, including as an ensemble member of the Maxim Gorki Theater Berlin. His credits feature lead roles in “Heil,” “Abikalypse” and “Needle Park Baby.” As a director, his short films “Mall” and “90%” have screened at festivals and won awards internationally, and “I Am,” an arthouse sci-fi thriller, qualified for the 2022 Academy Awards and screened at the Max Ophüls Prize Film Festival, Karlovy Vary International Film Festival and Martha’s Vineyard African American Film Festival. He can next be seen in the Netflix series “A Submarine Story.”

Film editor Julia Kovalenko was born in Russia and moved to Germany as a child. In addition to several award-winning short films such as Clemens Roth’s “The Fantastic Love of Beeboy & Flowergirl” and Jerry Hoffmann’s “I Am,” she has worked on many TV productions and feature films. She collaborated with editor Stephan Bechinger on “System Crasher,” Germany’s entry for the 92nd Academy Awards and winner of the German Film Award for Best Editing. Her next project is “Dark Satellites,” a collaboration with editor Kaya Inan and director Thomas Stuber slated for theatrical release in Germany in 2022.

Writer and director Matthias Luthardt came to international attention with his debut “Pingpong,” a coming-of-age drama, which had its world premiere at Cannes’ Critics’ Week. Several feature films and documentaries have followed, including “Memory,” “Cinékino” and “Autumn 1929 – Shadows Above Babylon.” His latest directorial effort is World War I-set German-French co-production “The Fox,” starring Luise Aschenbrenner, Christa Théret and Leonard Kunz.

Cinematographer and director Zamarin Wahdat was born in Kabul and grew up in Hamburg. As a student, she was spotted by director Carol Dysinger and asked to work as a visual designer and translator on “Learning to Skateboard in a Warzone (If You’re a Girl),” which won the Oscar for Best Documentary Short in 2020. Shortly after, Wahdat made her directorial debut, “Bambirak,” a short film about the everyday racism experienced by people with an immigrant background in Germany, which won Best International Short Film at Sundance Film Festival in 2021. She is currently working on a feature-length adaptation of “Bambirak” in addition to other short film projects and a documentary about activist Sarah Mardini.

Actor and performer Anne Zander’s credits include the series “Tatort – Borowski Und Der Fluch Der Weißen Möwe,” feature film “Fenster Blau” and short film “Office.” As a deaf person, Zander still experiences intersectionality in her everyday life and, as a result, is committed to improving diversity and inclusion in the German film and media industries. This year, Zander can be seen in two major productions: She stars in her first leading role in ZDF TV drama “Du Sollst Hören,” opposite Claudia Michelsen and Kai Wiesinger, and in the Netflix Original film “For Jojo,” directed by Barbara Ott.

The selected talent and Baumann will be meeting with members of the international media at next month’s Berlin Film Festival.