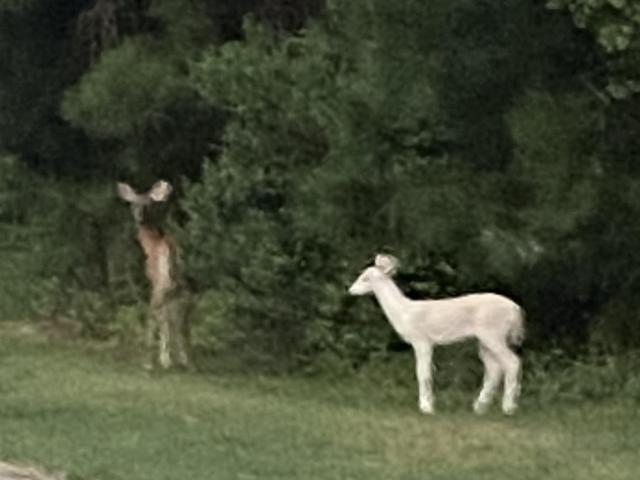 Along with sightings of two-headed turtles and albino deer, a Moore County person has now sighted what appears to be a rare albino crow.

“We have had a white albino crow on our property for the last few weeks,” said Tracey Brown. 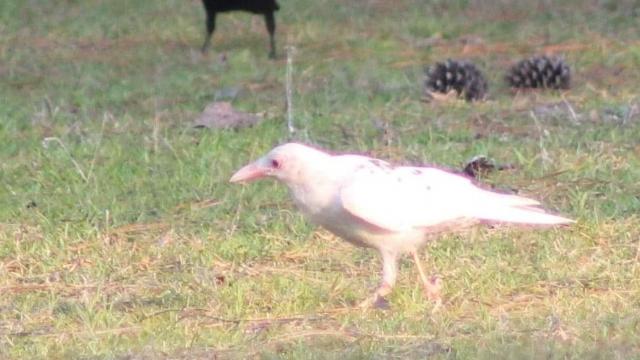 They have been trying to get a good photo of the bird since they saw it, and finally captured a great image featuring the white bird alongside its fellow black crows.

The crow appears to also have pink eyes, which could mean it’s truly an albino crow. Some white crows are considered leucistic, which is considered partial albinism, if they don’t have all the albino features, including pink eyes. 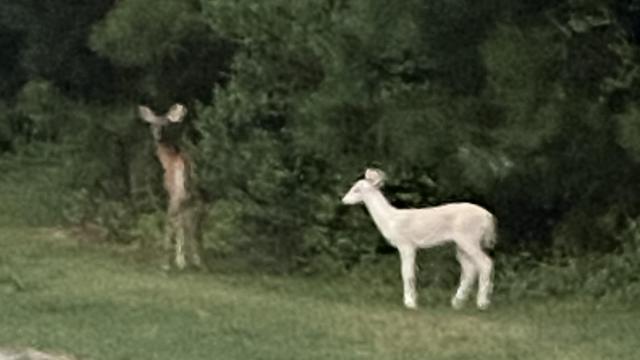 Meanwhile, another local family snapped a quick photo of what appears to be a baby albino deer. The small white deer is standing near a doe – presumably the baby’s mother.

While adult albino bucks and does have been spotted around the Triangle, seeing a baby albino deer is extra rare and adorable!