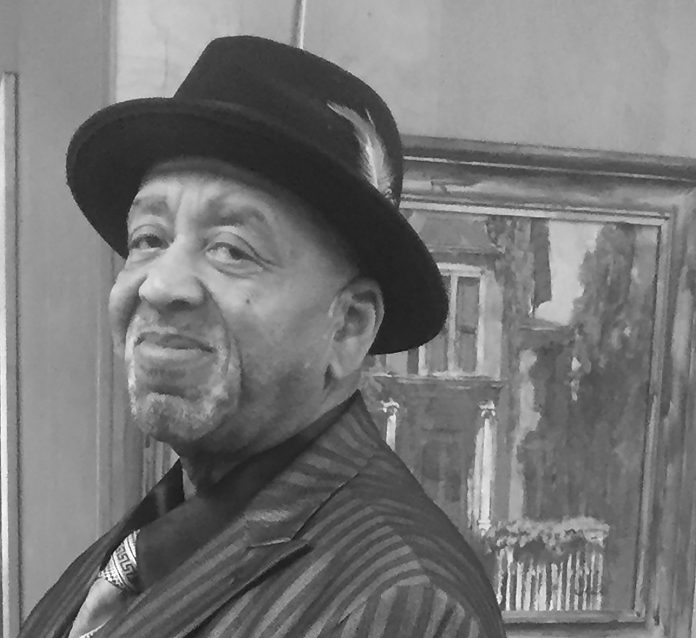 George Buchanon, known professionally as “DJ Butter,” is currently known for bringing “The Quiet Storm” to Phoenix Radio. His show is the latest gig in a long career in music.

DJ Butter’s journey to Phoenix radio began in South Bend, Indiana. He is originally from South Bend, and is a big Notre Dame fan. Utica became his adopted hometown in the 1950’s, when he and his mother both moved to Utica to be near family. He attended Potter School, John F. Hughes School, and Utica Free Academy, graduating in 1969.

As with most people with careers in music, Butter’s informal education began with the music he grew up with. He grew up listening to Motown, and continues to love it to this day.

“My favorite artists are the Temptations and the Four Tops,” he said. “I can go Marvin Gaye and Smokey Robinson all day long.”

Two years after he finished school, in 1971, DJ Butter’s music career would be formally launched when he met his friend, Paul Camp. The two men played in a band called “Breeze and Soul” together.

“I played percussion,” Butter said. “We played a lot of James Brown music, Grover Washington, and Earth Wind and Fire.”

Band members would soon learn that playing in a large band meant embarking on an especially difficult career path. Earning a living in the arts can be a struggle for anyone, but when funds are dispersed among such a large band, it can be even tougher.

“We tried to have a band as big as Earth, Wind, and Fire, but we found out that when you have a big band, you make a small amount of money,” he said.

You may get a fee of three-hundred dollars, but you have to split that among several people.”

It would during their time off that Butter and Camp would discover their true calling in the field of music. While hanging out in the clubs, Butter and Camp’s attention was drawn to the DJs.

“When I started, the DJs were The Candyman from Rome, Dr. Funk, Rick Monroe, and John and Dennis Harris. Rick Monroe was an especially big influence. He played at Club La Cabaret. I had seen these guys DJing, and thought that was something I would like to do.”

Like their role models, Butter and Camp began their DJ careers in the clubs.

“We started at a bar called Ann’s World in 1973,” Butter said. “We then went on to play every club in Utica, including Grimaldi’s, Alfredo’s, and Club George.”

Many people would give up on a career if someone they worked so closely with from the start left, but when Paul Camp moved to Rochester, Butter chose to stay in Utica and keep working in the local music scene. He spent 1982 to 1987 DJing at WPNR, the Utica College radio station.

Butter would also DJ at Club George for many years.

“Club George featured mainly an older crowd,” he said. “We played Johnnie Taylor, The Four Tops, The Temptations. We played a lot of Blues too, a lot of B.B. King.”

Club George would be the second to last club of Butter’s career.

“When Club George closed in 2005, I started playing up at Winston’s,” he said. “That was the last place I played before coming here [to Phoenix Radio].”

Butter describes his current show on Phoenix Radio as easy to listen to.

“The most unique thing about my show is that it’s music older people love to hear, and that I love to play,” he said.

In addition to his distinguished career in music, Butter has also devoted his professional life to a second career helping the kids in his adopted hometown.

“I worked for the City of Utica on the Youth Board for twenty-three years,” Butter said. “I then worked with the Boys and Girls Club for fourteen years. Now I work as a Gym Instructor for “King of Kings” at the Jewish Community Center.” He explained that this program is a basketball academy that works to bring positive change to the lives of local teens.

So far, Butter has not been able to interest any of the teens he works with in the Motown he plays on his radio program. But he does have some words of wisdom for anyone who thinks they might be interested in pursuing a career as a DJ.

Butter is completely self-taught, and emphasizes the importance of dedication and hard work in establishing a career in his field.

“I watched a lot of people,” he said. “I listened to a lot of music. I would go to New York City and listen to their music. I started putting things together. First you have to have a love for it. It’s not always going to be a money gain situation. I used to play all night for free when I first started.”

Along with devoting time to learning about music and practicing putting things together, Butter further stressed the importance of devoting time and energy to developing your own style.

“You can learn about and gather the basic equipment that everyone else uses, but don’t try to copy anybody,” he said. “Try to have originality in what you do. Try to form your own format and just put your time in.”

DJ Butter has certainly put his time and energy into his show at Phoenix Radio. He describes Utica as home, and says that working as a DJ for a radio station has always been his dream.

“I am proud to be a part of WUSP,” he said. “I want to help the station grow. The bottom line is…I’m home. I thank God for the blessing.”

DJ Butter’s show “The Quiet Storm” can he heard on WUSP/95.5 The Heat/ Phoenix Radio every Sunday through Thursday from 10 p.m. until 2 a.m.