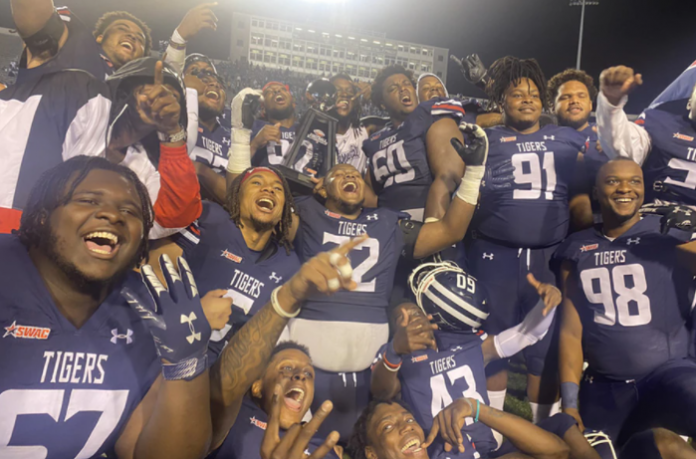 Jackson State lead by head coach Deion Sanders, “Coach Prime” won the Southwestern Athletic Conference (SWAC) championship, versus Prairie View A&M  27-10 over the weekend. The Tigers captured the title Saturday with a great performance by their defense and special teams.

Sanders who just took the job, his first college head coaching position in September 2020 went 4-3 during the 2021 spring season shortened by COVID-19 has ended this year with a 11-1 record going undefeated in SWAC play.

“This is unbelievable,” Sanders, the SWAC coach of the year said. “We didn’t play best, but all our kids gave it our best. It’s one thing to win, but to win without me? Lord, I thank you.”

After wining their first conference title since 2007, Jackson State’s next game will be the Celebration Bowl against MEAC champion South Carolina State on Dec. 18 in Atlanta, GA for the Black college national championship.

Facebook
Twitter
Previous articleCourt mulls: Was Trump’s reply to rape claim part of
Next articleMan takes flight to Miami with loaded gun in his