Chlöe Bailey Checks Naysayers Comparing Her To Her Sister Halle: 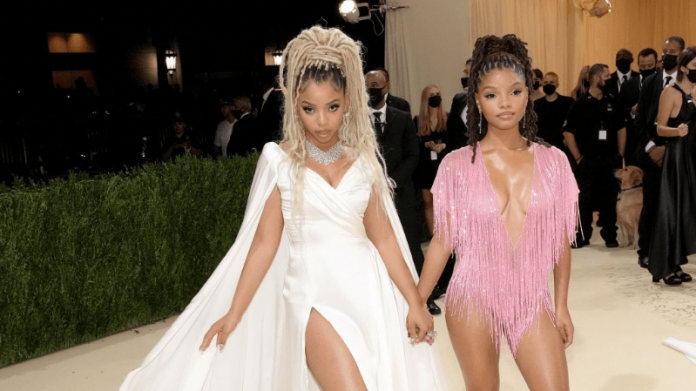 Chloë Bailey has a bone to pick with naysayers making comparisons between her and her sister Halle Bailey. The singer, who makes up one-half of the sister singing duo Chloe x Halle, revealed in the latest issue of In the Know that it “annoys me a lot” when people online try to put her against Halle as it pertains to their looks and careers.

“It is the most shallow, most disturbing thing,” the “Have Mercy” singer told Elaine Welteroth. “It was very off-putting to know how people would try to put two young Black sisters who love their craft so much and love each other so much, how they try to pit them against each other just because they’re different in some ways. So that’s the only downside.”

Other than the comparisons, she said “there were no downsides on our side” to reaching fame together.

As the sisters have branched off from their group efforts, Halle has joined Disney in becoming a reimagined version of Princess Ariel in a new telling of The Little Mermaid and Chloë has since begun working on her own solo music. Chloë recently made her AMAs debut performing her recent hit.

When asked if she was proud of her sister for landing the Disney gig, the singer told People in 2019, “Heck yeah! I was more than proud. I was screaming and crying. She worked so hard.”

“My sister is my inspiration, my role model and my everything in every part of life,” Halle added at the time. “I’m so happy to be on this journey with her and that we get to experience life together.”

The sisters are a force to be reckoned with

The two put up quite the united front and, according to a joint interview for Cosmopolitan, they are very close to each other emotionally.

“I say this all the time: I’m not sure what I would do if I was by myself going through this whole thing … whenever individual opportunities come, it’s exciting because when one of us wins, the other one does, too,” Halle told the outlet.

“Whatever we bring to the table,” Chlöe said, “it’s not like we’re trying to come up with, ‘Okay, I’ll be this way and you be that way.’ We’re not trying to force anything or purposely construct two different narratives or suffocate the other into one type of way.”