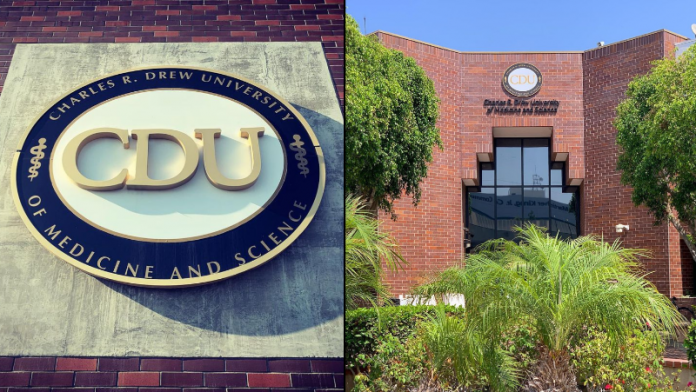 The Los Angeles Times reports the threat came from an individual identified as a white male neo-Nazi fascist. The man claimed to have planted three titanium nitrite sulfuric bombs on CDU’s campus, allegedly set to detonate on Sunday afternoon on campus’s eastern and western parts.

“I want to show the Black population what the white man can do; we will take back our land!” the email stated.

Jonathan Zaleski, director of communications for Charles Drew University, said the school received an email sent to a generic university email address on Sunday. On Tuesday, the university officials discovered the bomb threat, prompting the school’s closure as authorities assessed the danger.

“Out of an abundance of caution, CDU immediately closed the entire campus and notified authorities,” Zaleski said in an email statement.

“CDU campus safety and local law enforcement completed a review of the grounds and facilities and determined that the campus is safe. The campus will reopen for limited operations.” the school said in a statement.

This threat follows behind nine other historically Black colleges and universities that received bomb threats this month, leading to evacuating students, faculty, and staff.

Charles R. Drew University of Medicine and Science, located in Los Angeles, is the only HBCU in California. The student population includes more than 80% are from communities of color, and more than 71% of its faculty are people of color.