California couple asked a white friend to pretend to own 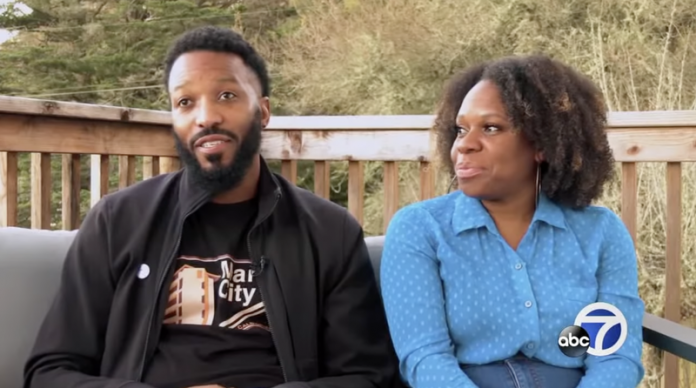 Paul Austin and Tenisha Tate-Austin became skeptical when their Northern California home the couple has spent years renovating was appraised way lower than expected according to CNN. The couple asked for a second opinion in 2020, when a white friend pretended to own their home, removing all the family’s artwork and photos that could show that belonged to them.

The second appraisal was over $1.4 million and approx. half a million dollars higher than the previous estimate.

“What that appraisal did is what we were actually asking the appraisers to do, to not consider race, to not consider neighborhoods and or the lines that have been drawn and perpetuated by redlining,” Tate-Austin told CNN. The couple recently filed a lawsuit in federal court in San Francisco, arguing racial discrimination played a role in the first valuation of their home. The lawsuit says, the first appraiser Janette Miller, who is a white woman, violated the Fair Housing Act when she took into account the family’s race and the racial demographics of the house’s location for her appraisal.

“We shouldn’t have to go through this, we shouldn’t have to have our white friend standing in,” Paul told the news outlet. The Austin’s are seeking financial damages asking the court to “permanently” ensure that the defendants won’t engage in discriminatory housing practices directly or through others. The Austin’s spent three years renovating their home. Since 2016, they added a deck, a gas fireplace, renovated the bathrooms, and increased the total square feet of the home, the couple said.

“We put a lot of time and effort into the house, and that didn’t happen overnight,” Tate-Austin said.

Homes in majority Black neighborhoods in the U.S. have been undervalued by an average of $46,000 over nearly a decade, according to an analysis by Redfin. The firm looked at more than 73 million single-family homes listed and sold between January 2013 and February 2021 and found a major gap between houses sold in Black and white neighborhoods.