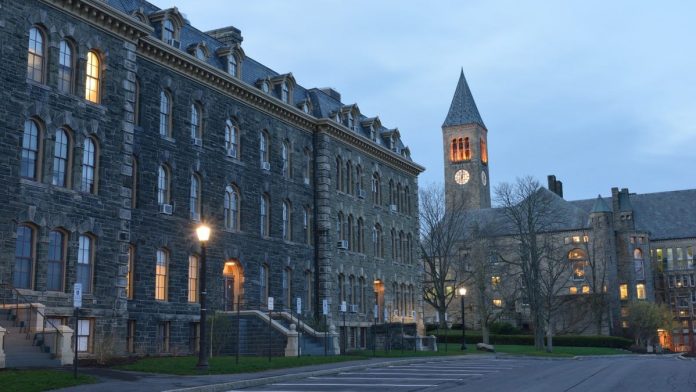 Today in History for November 7th

Cornell, Columbia, and Brown Universities all issued emergency alerts after receiving bomb threats Sunday afternoon. They each evacuated buildings and cautioned students to stay away from campus.

In Ithaca, New York, Cornell police cordoned off the center of campus on Sunday after receiving a call that bombs were placed in four buildings. In New York City, Columbia University police issued a campus-wide emergency alert after receiving bomb threats at university buildings at about 2:30 p.m.

“Today’s bomb threats were deemed not credible by the NYPD and the campus buildings have been cleared for reoccupancy,” the university announced on Twitter. “We thank those individuals affected for their patience and cooperation in evacuating.”

This news is developing into the evening: For an update later tonight, sign up for the Evening Briefing.

In New Haven, Connecticut, on Friday afternoon, a non-emergency communications line received a call alerting authorities to a bomb that referenced specific locations around the Yale campus, according to the Hartford Courant.

On Saturday, Ohio University received a similar threat. University police determined that it wasn’t credible, and also said in a tweet that the source of the threat is “the same as several other false bomb threats recently made to other universities across the country.”

That same day, Miami University in Oxford, Ohio, received another threat. Its police department said it was “unsubstantiated,” the student newspaper The Miami Student reported.

Cleveland State University in Cleveland, Ohio, received a bomb threat on Thursday, according to Fox 8.