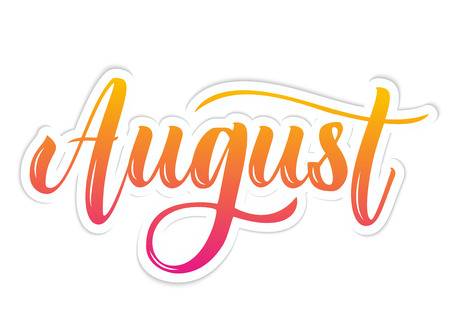 August is a month of late summer, the weather is still generally hot at times, in the 80s and occasionally 90s.  Towards the end of the month, the days are increasingly short, and evenings are noticeably cooler. Vegetable gardens begin to pay off big time with harvesting of tomatoes peppers, beans, squash, broccoli and corn. For those without gardens, this local produce becomes readily available at the Oneida County Farmer’s Market at Union Station and Clinton Farmer’s Market on the village green.

Many smaller song birds have begun their migration south. Those that remain, often in greater numbers from those hatched in the spring and early summer are often difficult to observe as they are largely silent. Bird sone is greatly decreased from the peak since the summer solstice in late June.

Camping, fishing, boating and water sports on the many lakes in the area are quite popular. With the current social distancing encouraged due to the Corona virus, availability of camping and activities at many state parks and private camping areas are quite restricted in some places this summer. It is a good idea to check ahead at normal tourist-dependent locations such as Old Forge, Lake George and Cooperstown. Some parks and attractions such as Enchanted Forest-Water Safari are either closed or have restrictions on the acceptable number of visitors. This has certainly had an impact on employment and the economy in popular tourist areas, and the region as a whole, with an anticipated large decrease in tourists from outside the area.

Holidays and Observances in August

The few holidays that exist in August are largely “proclamation days” relating to military history and Women’s Equality Day marking the passage of the 19th Amendment giving women the right to vote. This year, it might be more widely celebrated as it is the centennial of the ratification of this in 1920.

Many, if not most of the annual events that take place this summer, such as county fairs, arts and music festivals, Saranac Thursday concerts and large sporting events have been canceled this year. Many activities that area residents and tourists look forward to every year are simply not happening, and largely scaled back.  Because of that, a list of dates of such annual festivals and fairs are not listed here.

With all these unprecedented changes with social distancing and masks largely the “new norm” for the foreseeable future, all are encouraged to do the best they can by enjoying themselves at those parks and beaches that are open.  Also support local businesses when able, and if you remain gainfully employed and can afford it, contribute to local food banks. Stay safe and enjoy as you can the generally nice weather of late summer.

Rising and setting times for the Sun, Moon and visible planets on August 2, 2020
(Lammas or “Loaf Mass” Day, variously listed as August 1 or 2, a cross quarter day, midway between the summer solstice and autumnal equinox)

Jupiter and Saturn are both visible most of the night, about 1/3 of the way up in the sky by midnight. The nearly full Moon is just below Jupiter on August 2, with Saturn to the left.  Mars is visible most of the night, rising about 11 P.M. Starting on August 11, the Perseid Meteor Shower is best seen before the Moon rises about midnight. Venus is visible in the eastern sky before dawn, while Mercury is visible as well but much lower in the sky.

The Moon has several conjunctions during the month, a waning Moon (between third quarter and New Moon) is below Venus on the 15th. A waxing Gibbous Moon is near Jupiter on the 28th, and below Saturn on the 29th.

Phases of the Moon for August