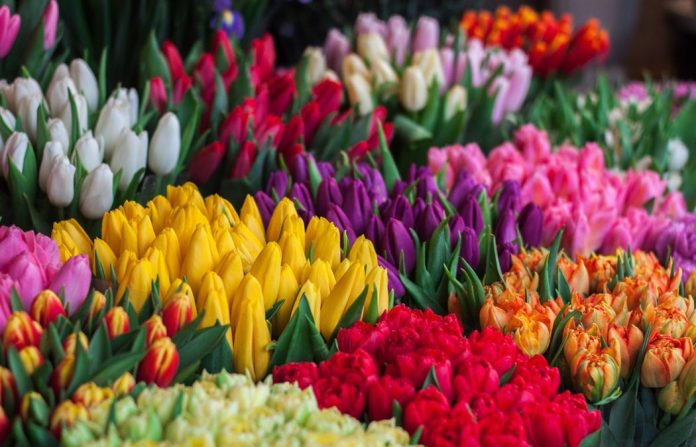 April is a transitional month weather wise. Many years there may be a few days that still feel very winter-like and there are usually one or two snow storms, but usually no real accumulation. The average daily high is about 57°F, with a low about 34°F. There are usually still some frosty mornings, but it is unusual to be under 20°F and with longer days it is occasionally very warm in the afternoon.

In April it is possible to get an early start on the home garden by starting the annual clean up of trash and plant debris from the previous season. This year, many might have more time to prepare for the coming growing season.

Seasonal holidays and special events that celebrate the spring season are placed on hold this year. This began with the postponement of the St. Patrick’s Day Parade in Utica, and Maple Weekends in March canceled across the state. The important religious holidays of Easter, Passover, and Ramadan, all occurring during April, normally communal events will be noted largely in the privacy of the home, supplemented by video services.

Most schools have been closed indefinitely. Nearly all sporting events, theater productions and concerts have been postponed or canceled. Bars and restaurants are closed, at present limited to take out / delivery services only.

For many in the service industries, working at home is not feasible, and many people have been involuntarily laid off. This is having drastic effects on daily life and the economy.

Grocery stores and pharmacies remain open and many are offering special times that only seniors and health care workers can shop. Everyone is urged to avoid any congregation for leisure and maintain a six foot separation when doing essential grocery or pharmacy shopping. Many workers, especially in service industries, have been involuntarily laid off. Social distancing of six feet is the new norm.

Keeping children occupied at home, and encouraging everyone not working in critical areas to just stay home except for groceries or urgent medical care, or solitary exercise is stressful for everyone. On line education, working at home, and individual communication with loved ones by phone or computer is the new norm for most people.

Thus far, one can go outside for solo exercise or yard work. Home gardening is something that should be encouraged, with April being a key month for planting root crops, greens, and those crops not sensitive to frost. Reading, catching up on movies on streaming services, board games, and indoor hobbies are all activities that may help those now stuck largely at home.

We should all encourage those in essential work of health care, first responders, police, mail and shipping delivery services, and those in retail grocers and pharmacies. For everyone else, just stay at home. Everyone should practice social distancing and limit their contact to household family members. Uncertainty is difficult, but we will get through this by using common sense and following these restrictions.

A conjunction of Saturn and Mars occurs on the 1st, with a very brilliant Jupiter to their right. Mars appears to move away from them to the left, but the three planets form a line much of the month. The Moon hovers below these planets in a conjunction well seen in the southeast in the pre-dawn sky after about 4 a.m.

The Full Pink Moon on April 7 is called a Super Moon as it is the closest approach of the Full Moon to gather this year.  Venus remains an “evening star” this month, bright enough at a magnitude of -4.7 to cast a shadow. There is a conjunction with Venus over the Moon on the 25th and to the right of the Moon on the 26th.