95.5 The Heat Owner Appears on Special Edition of “Says You!” 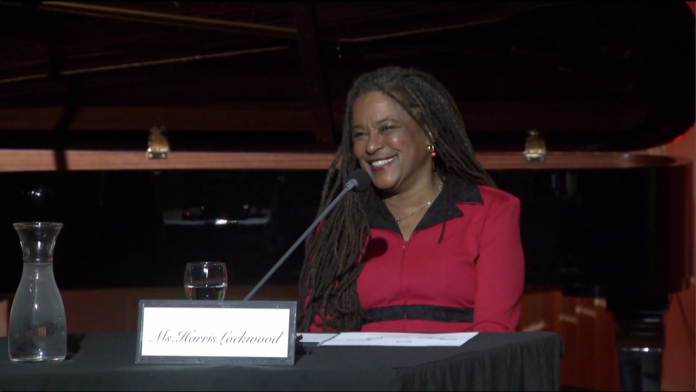 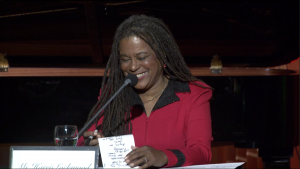 Utica Artist, Activist, and Business Owner Appears on Special Edition of “Says You.”

On January 2, 2021, National Public Radio’s famous talk show, “Says You” offered a special LiveStream show titled, “STILL Home for the Holidays.” The show opened with Carolyn Faye Fox, Barry Nolan, and Host and Writer Dave Zobel speaking via video conferencing in a pre-show. In addition to the show’s participants, ticket holders to the virtual event were given the opportunity to text chat.

The pre-show featured the usual light banter from the “Says You” cast. Platinum Package Holders were invited to join them via video and ask a question. The first couple, tagged as “John and Bobbi,” wanted to know if the cast had any clue as to what was going to happen during the rounds. Fox assured them they did not, noting that the best way to prepare to be on the show was to have a “misspent youth” in which you spent a lot of time “alone in your room with a bunch of books.” Other video audience members asked if there was any way to prep for the show. Nolan assured them that this would be impossible.

The video version was enjoyed by most of the people in the chat pod, though one person did not find the format fit well with a show that, for its first 25 years, has been designed to be listened to on the radio.

“Love this program on the air, but thought this video version of the radio show was very poorly produced, with awful noises and feedback loops,” noted a viewer identified in the chat pod as “Lenard.” The chatter added, “I would not do another in live production.” 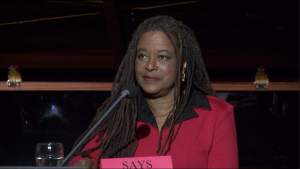 Other banter from people in the chat pod and via video was much more upbeat. One person asked if it was difficult to write questions for Barry Nolan.

“You have to watch out for everybody,” Zobel joked. “I don’t really recommend writing for ‘Says You’ if you want to stay happy.”

While the chance to view the show on video stood out for many, this show was special for Utica residents, and particularly for the staff, independent artists and other contractors, and fans of Phoenix Media because it featured our own Cassandra Harris-Lockwood as a guest member of Carolyn Fay Fox’s team.

“…the CEO…I’m sorry…the SHE E O of Phoenix Media, Broadcasting Pioneer, Ms. Cassandra Harris-Lockwood,” began Zobel’s introduction, which concluded with an explanation that she saw a need in her community, and worked to fill it.

The question rounds began in typical “Says You” fashion, with fun answers tossed out to questions most people would not be able to answer. The theme was “common threads,” with Fox asked what the following kitchen items had in common. Given the list Kaiser Roll, Bananas Foster, Margarita Pizza, and Oysters Rockefeller, Fox’s team helped her reach the correct answer of “foods that were named for people who did not develop them.”

Cassandra Harris-Lockwood’s direct question for this round was the impossible “Nudger, Scuffler, Haffkin, and Blaa.” Her only help was Fox asking if these were something you had to take apart, and being told they were not.

“These are all on a plate. They are all something to precede a main dish,” Harris-Lockwood thought out loud, and was indeed correct, as her input helped her team correctly conclude that they were all types of rolls. 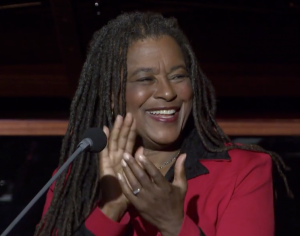 As in the radio only version of the show, this episode featured the bluffing rounds, in which each team member is asked to read a definition of a word. One definition will be correct. All others will be made up. Barry Nolan, from the other team, was then asked which one he believed.

The lighthearted banter carried on through this round, with the word “hyoidal.” Fox joked that it meant “shaped like a hyena,” adding that her definition did have to do with shape, but that it actually read, “a bone shaped like the letter ‘u.”

Harris-Lockwood offered a very convincing reading of her definition, “It’s a geometic term, and it’s a portion of a figure repeated in a design of a structure,” but Nolan chose the definition about the bone, and was correct. The insight was attributed to watching crime shows, as the term refers to a bone in the throat that is broken when the victim is strangled.

Other rounds included “What did this person do second?” in which listeners learned that Jeff Bezos was the second person to have one hundred billion dollars after Bill Gates, and that Larry Doby was the second Black Major League Baseball player, after Jackie Robinson. The show concluded with the “Says You” mail bag,and a final round in which the teams were given dates they had to match with obscure holidays, like “Towel Day” and “No Pants Day.” 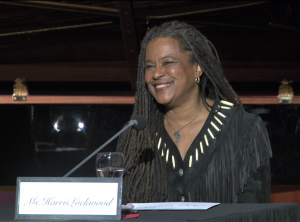 Overall, the show was a typical episode of “Says You,” with the added detail of video and chat. But Utica residents can be especially proud of Cassandra Harris-Lockwood, as she jumped in there to prompt and help her teammates throughout each round, and represented our town with the intelligence, class, and good humor she is known for locally.