Broadway Utica
HomePolitics2022: The Year of the MAGA Outsiders
Politics 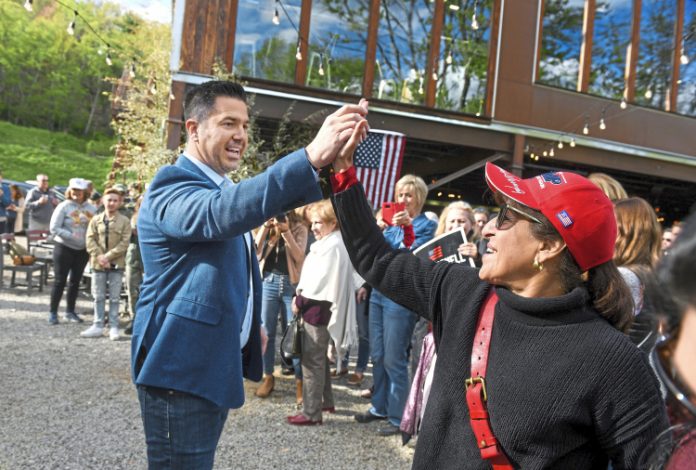 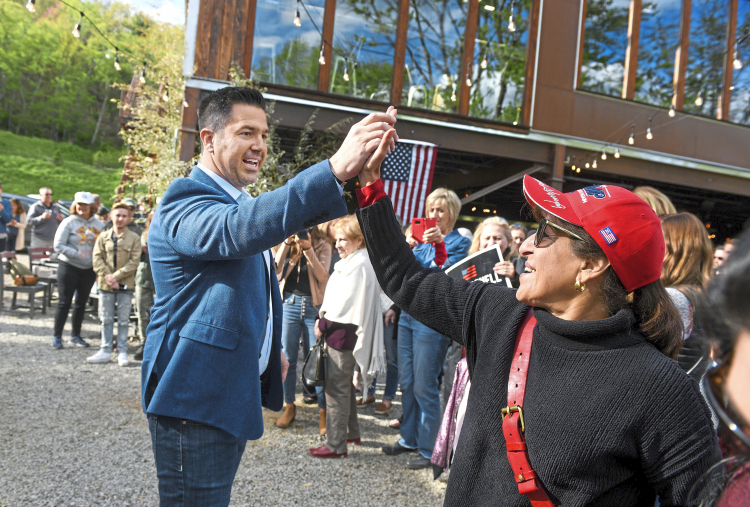 With Donald Trump out of office, Democrats and their media allies posit that the America First movement is waning. The stellar abundance of proud outsider candidates running for office in 2022 dispels that notion. Like Trump himself, these new outsiders come from beyond the world of politics. They bring the lessons and vigor of careers in the military and business to the world of politics.

In the race to replace Democratic Sen. Mark Kelly, one Republican challenger stands out: Blake Masters. The successful COO of Thiel Capital, Masters takes a clear-eyed stance on migration and sovereignty. He vows to oppose all amnesty efforts for illegal aliens, and supports hiring even more Border Patrol agents even as President Biden tries to punish federal employees who are just doing their jobs.

Masters doesn’t shy away from discussing the  clear possibility of voter fraud in the 2020 presidential election, pointing out that a combination of factors, from COVID-related lockdown measures to direct interference by Big Tech CEOs played a role in determining the outcome. On this topic in particular, Masters contrasts sharply with the current Republican frontrunner, Attorney General Mark Brnovich, who repeatedly insisted that there was no voter fraud in Arizona in 2020.

Despite having never run for office before, Masters raised over $1 million in the third quarter of 2021, far more than any of his competitors. Brnovich, by contrast, raised around $600,000. This advantage will be aided by the $10 million Saving Arizona PAC, supported by his mentor Peter Thiel, the only Silicon Valley mogul brave enough to openly support the America First movement. Come next autumn, only Masters will command the resources to successful challenge Mark Kelly’s massive financial operation.

With the retirement of Sen. Rob Portman, the Buckeye State has a chance to finally elect a true America First populist nationalist. Within a crowded GOP primary field, outsider J.D. Vance is the candidate most clearly espousing working-class values.

Vance has also never run for office before, but his seminal autobiography, “Hillbilly Elegy,” perfectly captured the travails of the declining working class in Appalachia and the Rust Belt. Though non-political, this book exposed the trauma inflicted upon Americans who once formed the backbone of U.S. industrial might. Vance focused on the communities hollowed out by the offshoring of jobs, the rise of the welfare state, and the plague of opioids and other drugs pouring through porous borders.

Like Blake Masters, Vance is supported in his Senate bid by Peter Thiel. Other prominent voices on the right have recognized Vance’s power, including Tucker Carlson and Turning Point Action, the 501(c)(4) arm of Charlie Kirk’s Turning Point USA, the largest and most influential conservative student group in the country.

The MAGA movement finds widespread support among military veterans. Among these heroes is decorated U.S. Army combat veteran Sean Parnell, who came on the radar of populists during his near-upset of Democratic Rep. Conor Lamb in 2020. Despite narrowly losing, Parnell proved his mettle to Trump supporters and delivered a rousing speech to the 2020 Republican National Convention.

Now, he’s running for the U.S. Senate seat of retiring incumbent Pat Toomey. Parnell (pictured) naturally prioritizes our military and our veterans in his  campaign platform. But also stands for election integrity and border security.

Armed with a Trump endorsement, he is the favorite to win the nomination. Polling overwhelmingly indicates that Parnell has the strongest chance of keeping the seat red as the only Republican who would beat the top two candidates for the Democratic nomination: Conor Lamb and Lt. Gov. John Fetterman.

Another military veteran outsider candidate is former Green Beret Joe Kent, in the state’s 3rd Congressional District. Kent is challenging establishment Congresswoman Jaime Herrera Beutler, one of the 10 Republicans in the House to vote in favor of the second sham impeachment of President Trump. Not only did she support the Democrats’ last-ditch witch hunt against an outgoing president, but she also actively bad-mouthed Trump, repeating Democrats’ claims that he supported the breaching of the Capitol.

Joe Kent intrinsically understands the failures of the entrenched political establishment: His wife, Shannon, was killed by ISIS fighters in Syria in January of 2019, roughly one month after President Trump initially ordered the withdrawal of American forces from the region. Kent says that his wife’s death was directly the result of the establishment defying Trump’s orders and delaying the withdrawal in pursuit of their interventionist agenda.

He, too, has earned a Trump’s endorsement.

The odds favor a Republican wave in 2022. But this upcoming election is not merely about defeating the radical Democrats and stopping Joe Biden’s dreadful agenda. This plebiscite will also determine whether the GOP evolves into an America First party for the middle class, energized by populist nationalism. These four outsider candidates embrace their vital roles in that transformation.

Steve Cortes is a host on Newsmax TV.

Bosnian Americans Fear Return of Violence in the Balkans