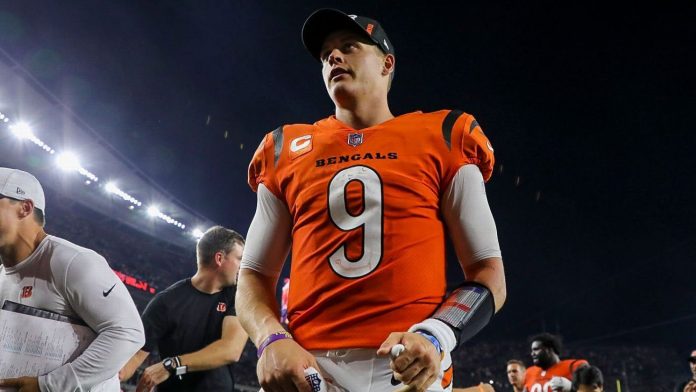 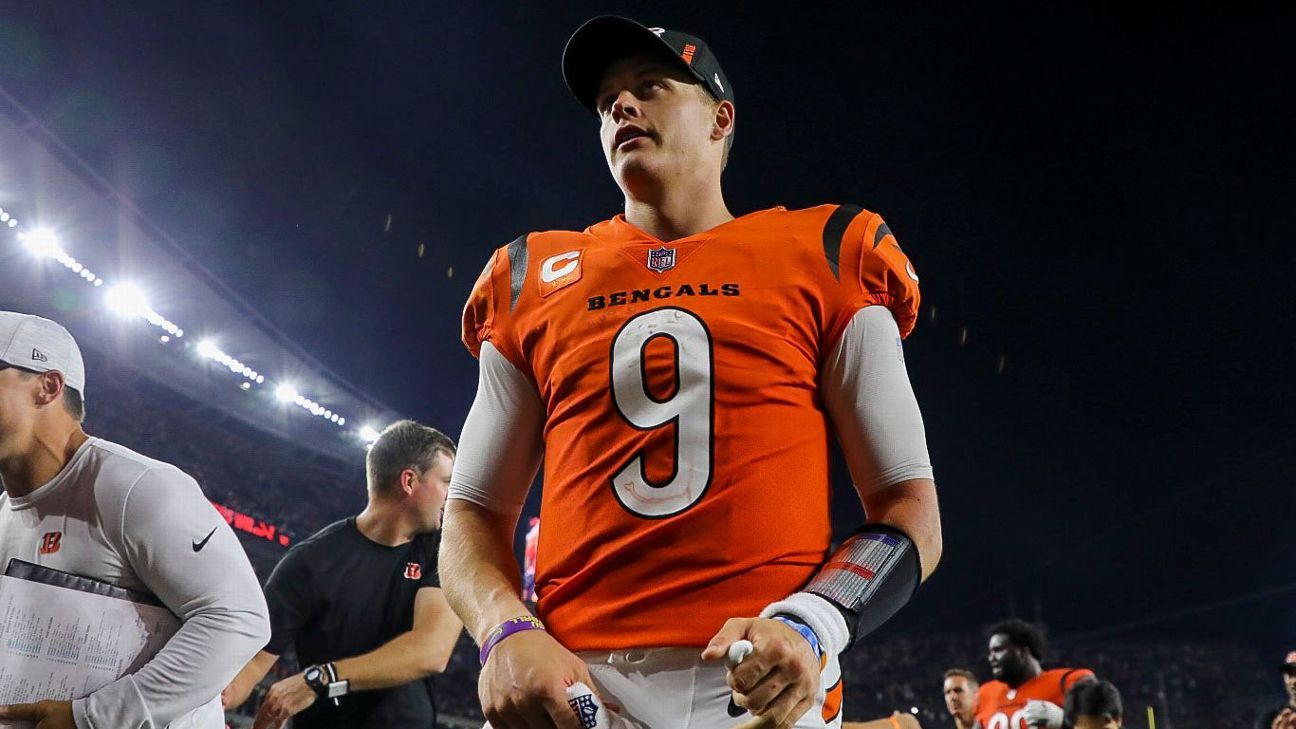 CINCINNATI — With Thursday’s night game against the Jacksonville Jaguars hanging in the balance, Cincinnati Bengals quarterback Joe Burrow knew what the defense was about to do — and was ready.

Late in the fourth quarter, on a crucial third-down play, the Jaguars showed a blitz that Burrow had prepared to face.

Familiar with the defensive look and Jaguars defensive coordinator Joe Cullen’s playcalling tendencies, Burrow called an audible — a screen to tight end C.J. Uzomah. Uzomah turned a quick pass into a 25-yard reception that set up the game-winning field goal in a 24-21 victory.

The play was the latest example of the knowledge and football acumen Burrow has displayed throughout the Bengals’ strong start to 2021. The second-year quarterback’s proficiency in dissecting defenses owes much to his weekly preparation with the coaching staff and other quarterbacks, which is highlighted by a unique, “Jeopardy!”-styled review session on Saturday nights.

“He is the smartest guy on the field at all times,” Uzomah said after the game.

The weekly preparation is pretty straightforward for Cincinnati’s group of quarterbacks that includes Burrow, back-up Brandon Allen and reserve Jake Browning. Starting on Tuesday, the Bengals (3-1) install the game plan for the upcoming opponent, which this week is the 3-1 Green Bay Packers (Sunday, 1 p.m. ET on Fox). The strategy for first and second downs, third downs and in the red zone are all segmented throughout the week. At the end of the week, they review all the material.

Different teams have various approaches for how they conduct the review. Some have the reserve quarterbacks give a presentation. Others opt for a quiz, or a tips-and-information fact sheet.

But for the past two seasons at least, Cincinnati’s review sessions have been modeled after the popular game show “Jeopardy!” The format, which was introduced by former back-up quarterback Ryan Finley, varies from the show in that the opportunities to provide answers rotate between participants.

Many offensive aspects are covered, including knowing how to determine pass protections and when to audible. Uzomah, who participated in one of the review sessions, said he was left stumped.

“I was like, ‘What the hell is this?’” said Uzomah, who had two touchdowns and 95 yards against Jacksonville, both career highs. “‘I don’t know any of this stuff, why am I here?’”

Bengals quarterbacks coach Dan Pitcher said the game can feature some good-natured banter as the players and coaches debate if someone took too long to answer or didn’t answer a question fully.

Burrow, always eager to swoop in and steal a question for points, is as competitive as anyone in the room.

“With Joe, he’s more mad at himself if that ever happens than in a joking nature,” Pitcher said. “They’re all competitive though, coaches included.”

The night before the team’s Week 2 game against Chicago is a good example. The final question, which usually is not about football, was to name the five bodies of water known as the Great Lakes. Only one person got them all — head coach Zac Taylor, who leaned on the H.O.M.E.S. acronym to name lakes Huron, Ontario, Michigan, Erie and Superior.

“I knew it, so I didn’t care what they did,” said Taylor. “I knew I was getting my points.”

That preparation with the quarterbacks and coaches, including offensive coordinator Brian Callahan and assistant wide receivers coach Brad Kragthorpe, has paid off for Burrow. That’s why he took such great joy in solving the Jaguars’ defense and creating a game-changing play late.

“I’ve taken a lot of pride in that this year, of having the answers to everything I see,” said Burrow, who was named the AFC Offensive Player of the Week on Wednesday. “That was my answer this week, so that was exciting for me.”

That wasn’t the only play that showed how Burrow’s preparation has paid off.

On the first third down of the game, Burrow motioned running back Samaje Perine into the backfield for extra protection against a defensive look the Bengals didn’t expect to see in that situation. It allowed Burrow to hit wide receiver Ja’Marr Chase for a 15-yard gain and a first down.

“Those are the plays that make all the difference in the world,” Pitcher said.

While the “Jepoardy!” games are competitive, they aren’t taken too seriously. When Browning asked for the winner during a road game, nobody knew who won. Taylor couldn’t recall the winner of the Week 2 review session, noting that two have taken place since then.

But it’s all part of the weekly preparation to ensure Burrow and the rest of the team’s most important position group are ready for gameday.

“We’re all focused on the same goal,” said Allen. “That’s playing well at the quarterback position and winning games.”