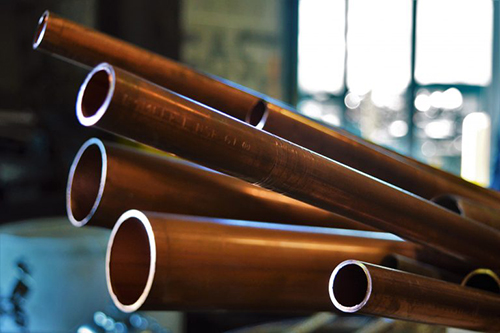 There has been a push from environmental and socially conscious folks for so long to “go green,” that we often forget some of the organizations that helped to spearhead this initiative. Most modern businesses have some form of “green” technology – whether it be from better lighting, to widespread composition, to renewable energy at home – all the way to even more esoteric conservation methods such as advances in farming and green burials. However, there is always a genesis. And, for Empire Recycling in Utica, NY, “going” green has been a family tradition for over 100 years.

The Utica Phoenix recently had the opportunity to speak to Steven Kowalsky, owner of Empire Recycling, to talk about his business, operating in the Mohawk Valley, and some of the challenges and rewards of running a recycling business in New York State.

Empire Recycling has a rich history in the Mohawk Valley, operating for more than 100 years and now, in 2019, stretching to seven locations across New York State. According their website at empirerecylcing.com, the facility was founded in 1916, way before the importance of recycling to society was actualized. Empire Recycling was founded by Robert, Morton, and Louis Kowalsky as a way to reuse simple, everyday items such as rags, paper, and metals (empirerecycling.com).

Steven Kowalsky, Empire Recycling’s current owner, has been at the helm since 1975, and president of the organization since 1991. The facility, located at 64 North Genesee Street in Utica, starting from a meager operation, now has an employee roster of 175.

The services that Empire Recycling offers to the Utica community and beyond are vast, and hardly contained to what many think of when they think of recycling.

“We buy all grades of scrap metal,” Kowalsky said. “We shred confidential documents of all kind…paper, media, etc.” Kowalsky added that the organization also provides a container and truck service and even has a new steel division called Nathan Steel. The company has a new steel warehouse in which they fabrication on Wurz avenue in Utica called ERL Intermodal.

“We pickup an deliver overseas containers in the NY/NJ area and deliver them to the Northeast for all kinds of products.,” Kowalsky stated. “We also deliver back to the piers in NY/NJ products in the Northeast being exported to other countries.”

This is a testament to Empire’s abilities, moving beyond a mere recycling plant to include other services. Under Steven and brother Ed (who serves as the company’s executive vice president), Empire Recycling has grown to include all types of ferrous and non-ferrous materials, plastic recycling, confidential document destruction through its Confidata division and non-confidential paper recycling through its SMR Fibre division (Empire Recycling.com).

For some context on the amount of growth that Empire Recycling has undergone, Kowalsky stated that the organization started as a small business, literally picking up scrap metal with a horse and cart. They have grown and advanced with the times, using technology to discover different ways to process material. The result is a bigger and higher quality recycling process.

It’s not to say that operating a recycling business is easy. Challenges exist, such as finding capable people to hire, staying current with the latest technology, and finding enough material to process, according to Kowalsky.

“We’re always looking for more material.,” Kowalsky stated. “And then regulations, dealing with current and ever changing  regulations that effect our business.”

Kowalsky added that in addition to buying and working with other companies to gather recycling materials, that a lot of material is brought to them. “A lot of people bring it to us, he said. “We handle all levels…from on the small end a guy with a shopping cart all the way up to tractor trailer loads of product that we buy from companies all over the northeast. Some of it we pick up ourselves. Some the companies deliver to us. Pretty much in the Northeast, but some southern like Florida and the Carolinas.”

After collecting, the material is then shipped to mills, Kowalsky added, primarily in the United States and Canada, but some of it is shipped overseas.

Kowalsky added that as vast as it is, the company has three main division: Nathan Steel, ERL Intermodal, and Confidata (who handles document destruction as previously discussed).

To Empire Recycling, ‘going green’ is more than a soundbyte – it’s their whole identity. During our interview, Kowalsky touched upon an important concept for Empire Recycling as he stated, “We’re a real green company…we’ve been green for 133 in our family and in our country. We were doing it before it was a fad,” he finished.

But to understand the benefit and advantages of a recycling business, one has to first understand what a green business is and how it fits into society.

According to GreenAmerica.org, a green business is defined as “Green companies adopt principles and practices that protect people AND the planet. They challenge themselves to bring the goals of social and economic justice, environmental sustainability, as well as community health and development, into all of their activities — from production and supply chain management to employee relations and customer service.”

Going green is about more than just putting in place a few rules and regulations to help the planet. It involves caring for the environment, your workers, your neighborhood, your community.

Basically speaking, a “green business” is a business that has a minimal negative impact on the environment. They also have, according to Wikipedia, have sustainable environmental and human rights polices. There are 4 key areas that make a business “green;’ they are as follows:

1. It incorporates principles of sustainability into each of its business decisions.

2. It supplies environmentally friendly products or services that replaces demand for nongreen products and/or services.

3. It is greener than traditional competition.

4. It has made an enduring commitment to environmental principles in its business operations.

It’s not hard to see how Empire Recycling, which has been contributing to a lower environmental footprint for over 100 years, has managed to make these 4 tenets a matter of daily life. They work with neighboring businesses to lower their environmental footprint and engage in sustainability, they recycle products that were once harmful, making them safer for the environment, and they have an enduring commitment to the area and their mission.

Part of this mission involves working with the City as part of its effort to both grow their business and utilize the latest techologies in the process.

Coming from Lithuania and growing the business for more than 100 years, we can only hope Empire Recycling, with its stellar reputation and drive for success, will be here for another 100.