Floyd Mayweather is the latest celebrity whose vaccine stance we 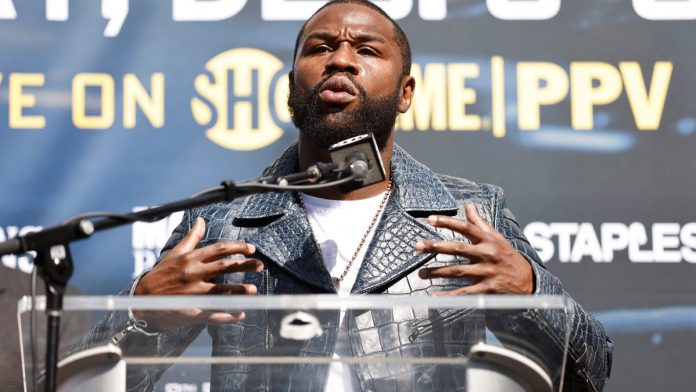 Floyd Mayweather has decided to weigh in on the Kyrie vaccine situation and, in a move that shocked absolutely no one, not only supported Irving’s stance but actually went so far as to say that Kyrie was “leading a revolution.”

In a video posted on Twitter, the retired pro boxer read a statement off his phone full of hot takes such as “a free mind makes his own choices and a slave mind follows the crowd.” In this case, the “crowd” Mayweather is referring to is, of course, the Centers for Disease Control and medical experts, who have encouraged all Americans to get vaccinated against COVID-19. Mayweather encourages Irving to “stand up and fight for what’s right — one choice, one word, one action can change the world. I hope your actions encourage many others to stand up and say enough is enough.”

Where to even begin with this? As annoying as it is when some guy you’re friends with on Facebook is anti-vax, the increase in public figures with influence over their sizeable followings is not only irresponsible, but dangerous, especially since Kyrie has yet to explain why he’s refusing to get the vaccine aside from saying, “It is not about being anti-vax or about being on one side or the other. It is just really about being true to what feels good for me.”

And as Mayweather praises Irving for his “integrity,” it’s near impossible not to look back at the fighter’s own history of “standing up and fighting,” as he himself put it. Throughout the 2000s and early 2010s, Mayweather was repeatedly accused of domestic violence against several different women, including the mothers of his children. He was charged with domestic violence and misdemeanor battery in 2002, and with misdemeanor battery in 2004 and 2010. To watch a serial abuser talk about integrity and freedom with complete sincerity is infuriating.

“It’s crazy how people hate you for being a leader,” Mayweather continues on in the video. With Irving’s history of charitable donations to the WNBA, George Floyd’s family, the Standing Rock Lakota and Dakota, and more, it’s — shall we say, telling — that this is the hill that Mayweather and the rest of the anti-vaccination crowd are choosing to back him on.

The Pfizer vaccine has been FDA-approved since August, and at this point, they’re making about as much of a point against the COVID vaccine as they would be if a very vocal portion of the American public suddenly decided that the flu shot would probably make your right hand fall off your body, with no proof of that ever happening to anyone.

As Mayweather goes on to tell the audience that “America is the land of the free — freedom of speech, freedom of religion, and supposedly, the freedom to choose,” perhaps he forgot that, as a private organization, the NBA also has the freedom to choose that their players need to be vaccinated for the safety of the league. That choice aside, Kyrie Irving is still making approximately $19 million from the Nets this season, with endorsement earnings on top of that. As the anti-vax crowd anoints him as their mandate martyr, perhaps they’ve overlooked that he’s making more money in a year of sitting out the season than most of us will make in our lifetimes.

Facebook
Twitter
Previous article
I dare you to ask Mike Tomlin about the USC
Next article
Barnwell: How Jon Gruden’s roster-building left the Raiders in terrible