Fallen NYPD officer’s ‘final gift’ was to save 5 lives 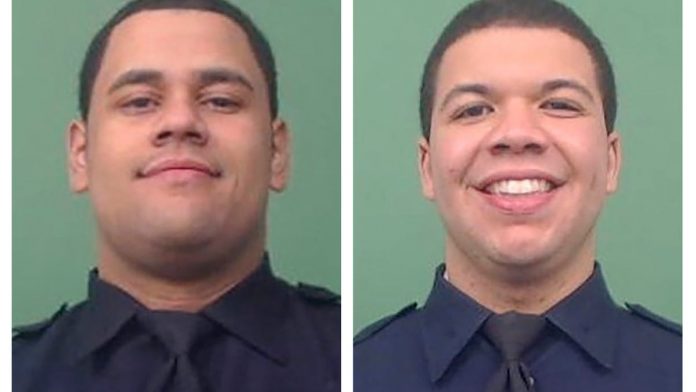 The body of a New York City police officer who died from injuries sustained in a Harlem shooting last week was escorted to a funeral home Wednesday. Along the route, dozens of NYPD officers paid tribute to Officer Wilbert Mora. (Jan. 26)

A New York City Police officer, who died following a shoot out in Harlem, has saved five lives after donating his organs.

Officer Wilbert Mora, 27, donated his heart, liver, two kidneys, and pancreas to five patients in need of life-saving organ transplants, according to a statement from LiveOnNY. Three individuals lived in New York and the other two lived outside of the city.

“Two of our NYPD heroes tragically lost their lives while protecting and serving their beloved city. When Officer Wilbert Mora’s family was notified of his passing, his family knew their brave and dedicated son would want to continue to save lives, even in death,” said Leonard Achan RN, MA, ANP, President and CEO of LiveOnNY in a statement.

On Friday, Mora and Officer Jason Rivera, 22, responded to a domestic disturbance call near an apartment in Harlem. When the officers arrived, Lashawn J. McNeil, opened fire and fatally shot Mora and Rivera. As McNeil attempted to flee the scene, he was shot by a third officer and died days later.

Mayor Eric Adams called Mora a hero who “gave his life for our safety.”

“Officer Mora’s final gift was the gift of life to others in need. He was transferred from Harlem Hospital to NYU Langone Health, where we have honored the family’s wishes for him to be an organ donor hero, so that he may ‘Live On’ while saving the lives of others,” Achan said.