Assemblywoman Marianne Buttenschon (D-C Utica/Rome) announced that she authored
a resolution to declare January 2023 Firefighter Cancer Prevention Month in New York State. The resolution honors the sacrifices made by these dedicated community members while increasing awareness about the intense occupational hazards that firefighters face on the job.
“Celebrating and recognizing firefighters is very personal for me,” said Buttenschon.
“My son is a firefighter and him and his fellow firefighters are often put in extremely dangerous situations. The work these brave men and women do in service of our communities is nothing short of amazing. I introduced this resolution to increase awareness about occupational cancer, which is far too common among firefighters. I’ll also continue working to gain support for increased safety protocols because we must protect those who bravely serve our community and help save lives.”
Firefighters have a 9% greater chance of being diagnosed with cancer compared to the
general population nationwide, according to the National Institute of Occupational Safety and Health. Occupational-related cancer is also the leading cause of line-of-duty deaths in the fireservice. When firefighters come into close or direct contact with dangerous chemicals, they increase their risk of being diagnosed with cancer. Faulty protective clothing, gear and PPE also heighten their risk of developing cancer. Additionally, educating firefighters about safe working practices is critical to instilling a culture of safety that can help reduce occupational illnesses, such as cancer, Buttenschon noted. 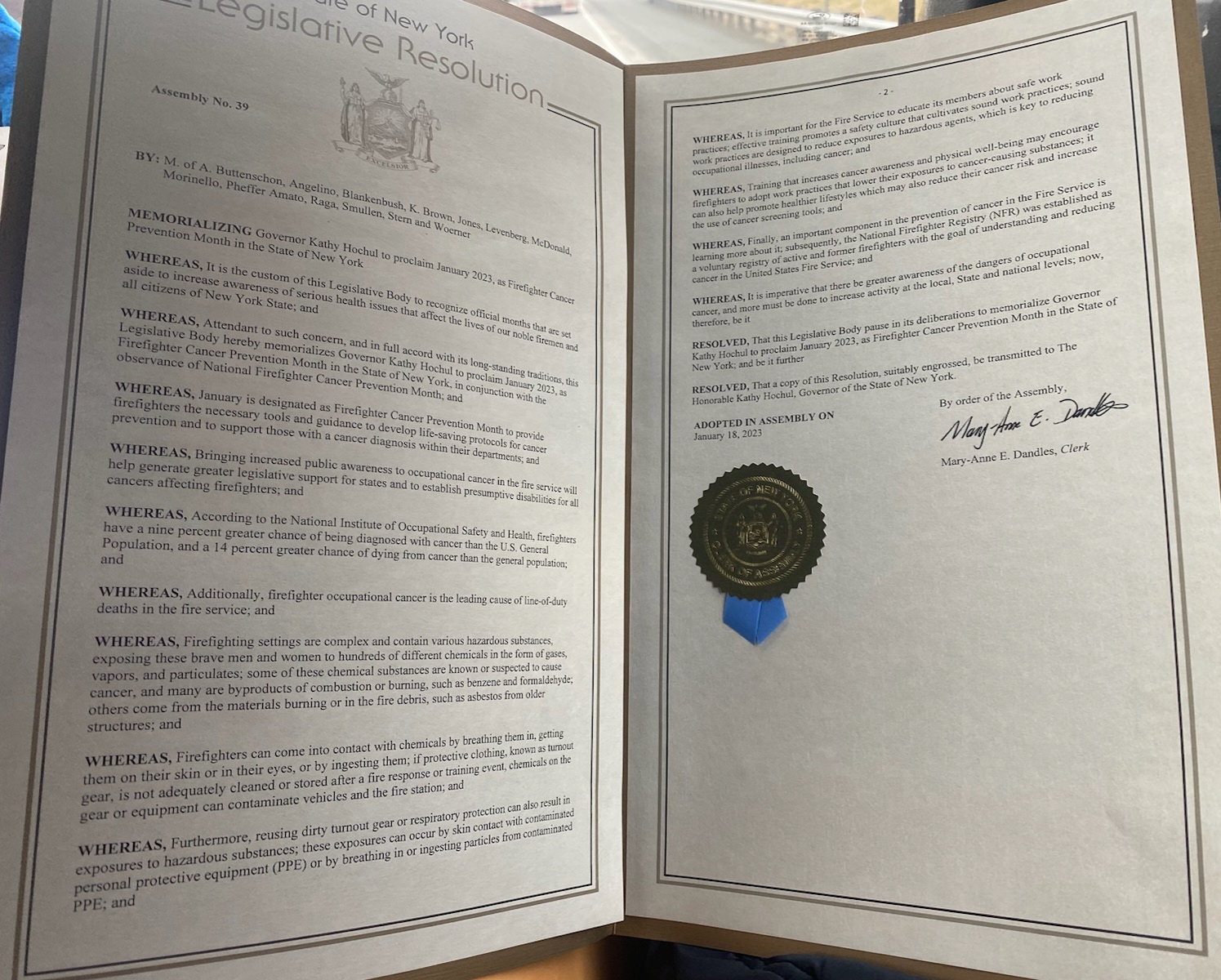